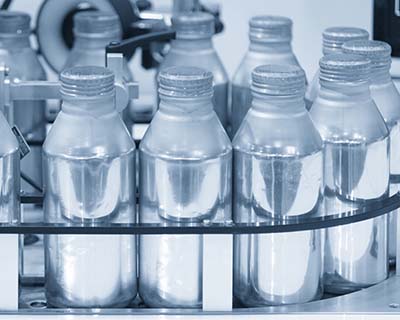 An aluminum cold forming operation producing medical bottles was expensing an average $2.28 for tooling costs per drawn part. In addition to the cost, they were also experiencing inconsistent part quality. With 200,000 parts produced annually, the total annual cost of tooling expense was over $450,000. In order to decrease cost and quality inconsistencies, the company reached out to Freiborne Industries. Freiborne suggested they replace the competitive material in their immersion coating line with Precoat 1 technology. This resulted in the cost being dramatically reduced to an average expense of only $0.45 per part. This resulted in an annual savings of over $350,000.

The conventional process using the incumbent’s formula often lost a significant amount of precoat weight after the neutralizer immersion. Associated with the deposition loss, the regular result was lack of uniformity of the lubricant coating following the application. This lead to poor die life and quality issues. When using Precoat 1 from Freiborne, the result was virtually no weight loss after the neutralizer and uniformity of the lubricant deposition, two critical factors in aluminum drawing part quality and die life.

SELECTION OF WEAR COATINGS AND TREATMENTS FOR MAXIMUM ACHIEVABLE RELIABILITY

Interested in our services? Please leave your details and a represenative will assist you.